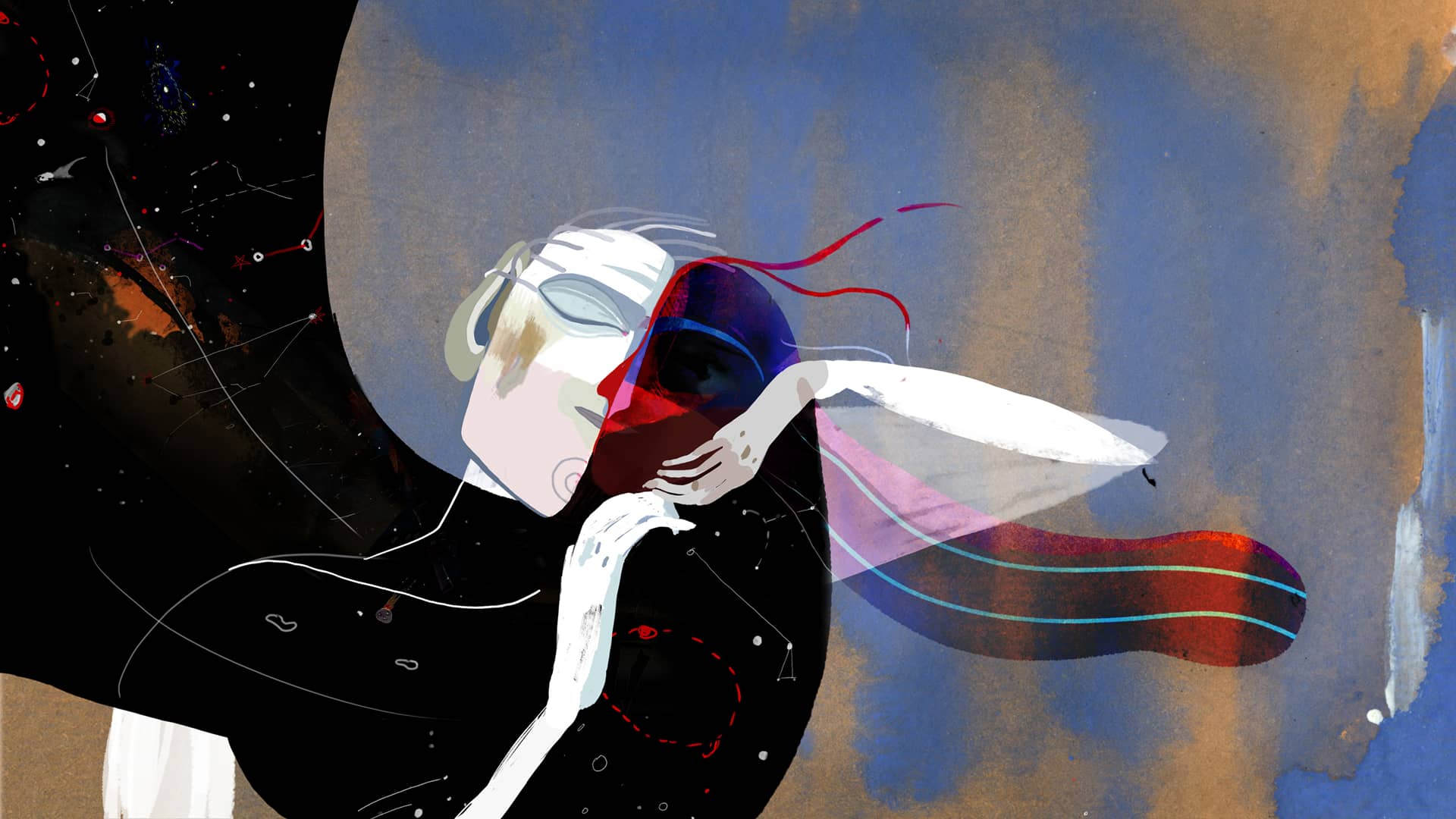 Emma Vakarelova is a French animator from Sofia, Bulgaria. She studied at the School of visual arts Estienne in Paris. As well as illustration, she also studied comic strip at the European School Of Visual Arts (EESI) in Angoulême and animation filmmaking at La Poudrière in Valence, France. In 2007, she illustrated her first book, based on the tale Snowdrop, written by Maria Aglikina. In 2012 at La Poudrière she directed several short films. La Nuit des Jours (Tonight's The Night) was her graduation film (2014). In 2015 she directed the short movie "J'ai tant rêvé de toi" (" I Have Dreamed Of You So Much"), based on poem by Roberts Desnos and part Of The "En Sortant de l'école 2" collection, produced by Tant Mieux Prod (France). emavak.blogspot.com/

Robert Desnos, b. 1900 in Paris; † June 8, 1945 in Theresienstadt) was a French surrealist writer and journalist. Influenced especially by Nerval and Baudelaire, he wrote mainly poetry - even in the concentration camp. His main topics included love. After his military service in Morocco in 1919, the young writer came to the Paris Dadaists around Tristan Tzara, André Breton, Paul Éluard, Philippe Soupault, Max Ernst and Francis Picabia. In the "time of sleep" Desnos was primarily concerned with the exploration of the subconscious, made numerous dream protocols. He survived working as a journalist. Mastered by André Breton in the Second Manifesto of Surrealism in 1930, Desnos responded with the anti-Breton pamphlet "Un Cadavre", in which Georges Ribemont-Dessaignes, Georges Bataille, Jacques Prévert, Georges Limbour, Roger Vitrac, Antonin Artaud, Philippe Soupault, André Masson and Jacques-André Boiffard co-wrote. He broke away from the surrealistic "aesthetics of incomprehensibility". Another point of controversy was the Communist Party, from which Desnos distanced itself as opposed to Breton. During this time, he met his Japanese lover and much-sung muse Youki Foujita. From 1935 he worked mainly for the radio. In the newspaper "Aujourd'hui" he polemicized against the right-wing writer Céline. Active in the French resistance movement Résistance, he was arrested in 1944 on the basis of a denunciation by the German occupying forces. He went through several concentration camps and had to perform forced labor in armaments production. A few weeks after the liberation of the Theresienstadt concentration camp, Desnos died because he had recently become infected with typhus.