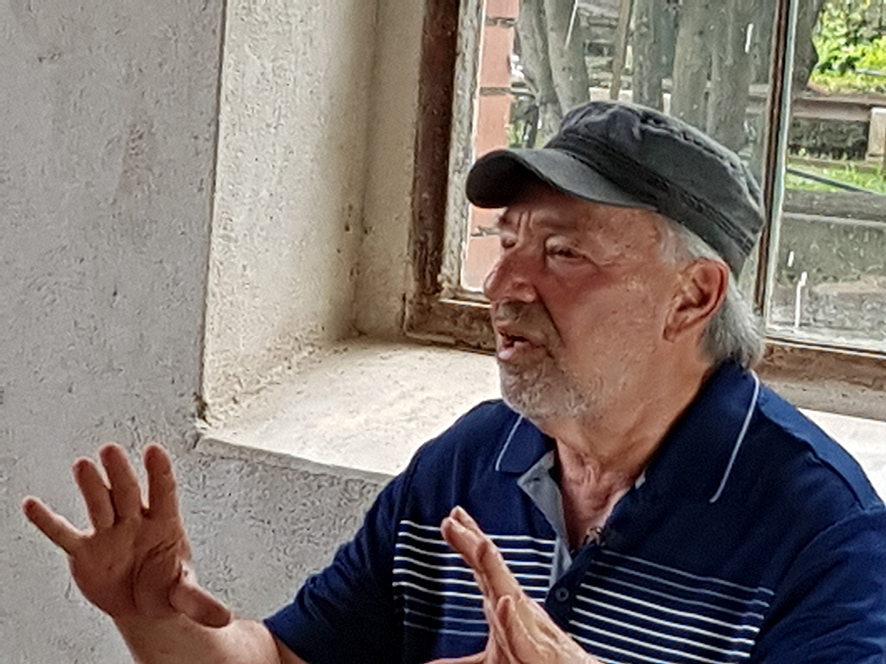 Born in Budapest, based in Montreal until 1983, Tom Konyves is one of the original seven poets dubbed The Vehicule Poets; his work is distinguished by Dadaist/Surrealist/experimental writings, performance works and videopoems.

He has published 6 books of poetry, most recently "Perfect Answers to Silent Questions", by Ekstasis Editions, Victoria, BC. In 2007, he published a novella, OOSOOM (Out Of Sight, Out Of Mind) with BookThug, Toronto.

In 1978, he coined the term 'videopoetry' to describe his multimedia work, and is considered to be one of the original pioneers of the form. He is the author of  "Videopoetry: A Manifesto", published on Sept. 6, 2011.

As one of the leading theorists of the genre of videopoetry - his Manifesto was reposted on numerous blogs, including W.J.T. Mitchell's Critical Inquiry, and to date has been accessed on issuu.com by more than 20,000 readers in 66 countries - he has been invited to address festivals, conferences and symposia in Buenos Aires, Berlin, New York,  London, Amsterdam, Montpellier, among others.

Between 1983-2006, he was Executive Producer of AM Productions, producing numerous documentaries, music videos, as well as other corporate, educational and government multimedia productions.

Konyves has initiated many public poetry projects, including Poesie En Mouvement/Poetry On The Buses (Montreal, 1979), Performance Art in Quebec, a six-hour TV series (Cable TV, 1980), Montreal’s first Concrete Poetry Exhibition (Vehicule Art, 1980), The Great Canadian Poetry Machine (Vancouver, Expo 86). He curated the screenings of videopoems at The Text Festival (Bury, England, 2010) and at the Montpellier Poetry/Translation/Film Conference (2015) and has given numerous poetry performances.

Since 2006, he has developed and taught courses in screenwriting, video production, creative visual writing and journalism at the University of the Fraser Valley in Abbotsford, British Columbia.
Tags
Tom Konyves
poetry film
Videopoetry Manifesto
theory of poetry film