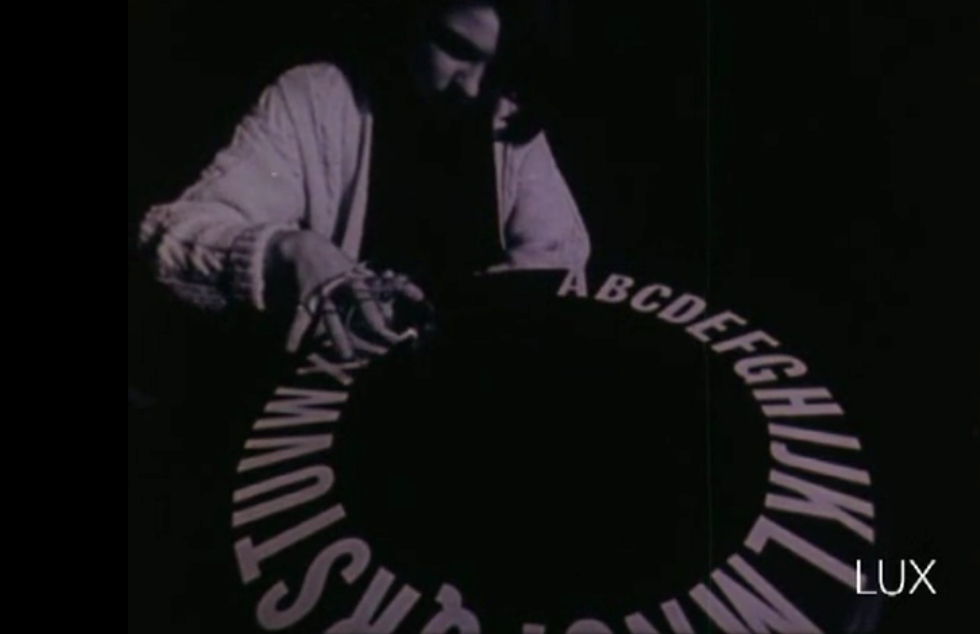 In 1991 Sandra Lahire made ‘’Lady Lazarus’’, the first part of a trilogy ‘’Living on Air’’, which was inspired by the poetry of Sylvia Plath and which she made across the span of nine years. The film incorporated an interview with Plath given just before she died. The lead of ‘’Living on Air’’ was played by fellow film-maker Sarah Turner. The second part of the Plath trilogy, ‘’Night Dances’’, 1995, presented Hebrew inscriptions on worn gravestones and allusions to Yom Kippur through which Lahire explored Jewish aspects of her identity. ‘’Persephone’’ and ‘’Knife Born’’ were made in 1997-98, with the final of the Plath trilogy, ‘’Johnny Panic’’, appearing in 1999.

Sandra Lahire (1950–2001) was a central figure in the experimental feminist filmmaking that emerged in the UK in the 1970s and 1980s. She was lesbian and died away with 50 after a long history of anexoria. Lahire studied Philosophy at the University of Newcastle-upon-Tyne (BA), Fine Art Film at St Martin's School of Art, London, (1984) and Film & Environmental Media at the Royal College of Art, London (MA 1986). It was at St Martin's that she entered the world of independent film, working with artists including Malcolm Le Grice, Lis Rhodes, Tina Keane, and studying alongside the film-maker Isaac Julien.