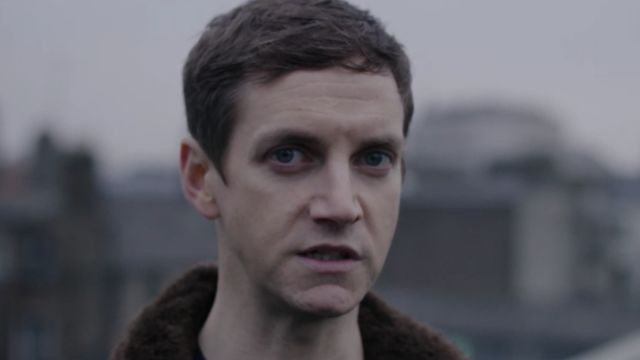 The story of Dave Tynan's Irish spoken word film "Heartbreak"  is unusual in many ways. Tynan saw Emmet Kirwan in the cabaret show "Riot" at the Dublin Tiger Fringe Festival and was "blown away." He described it as follows: “Everyone in that tent felt the power of it and it’s been a privilege to turn it into a film and bring it to a wider audience."

Heartbreak tells the story of a young girl, who becomes pregnant as a teenager and raises her son in a climate of sexism and social discrimination. The spoken word film produced no budget quickly turned into a hit on the internet. Even big newspapers like the Irish Sun and the Irish Times reported it. "Heartbreak" finally won the 2017 IFTA Award for the best Irish short film.
Emmet Kirwan has become a sought-after actor in his country, combining spoken word poetry, rap and storytelling. His socially critical play "Dublin Oldschool" in which he draws on his own experiences as a teenager, was seen at the National Theater in Dublin and toured the country. Filming is underway in Dublin for another Kirwan / Tynan production.

Dave Tynan is a scriptwriter and film director from Dublin. He attended the National Film School and received a MA degree in film directing from Goldsmiths College. In 2012, his first poetry clip "Just Saying" was accessed over 250,000 times in a short time, and reached a total of about 500,000 times. In 2013 Tynan won the Kinsale Shark for film directing. 2017 he won with "Heartbreak" the IFTA Award for Best Irish short film. davetynanfilm.com/about/

Heartbreak was honored with an "Honorable Mention" at the Weimar Poetry Film Award 2016 and was an international film selection of the Art Visuals & Poetry Film Festival 2017.

Link to the article in the Irish Sun