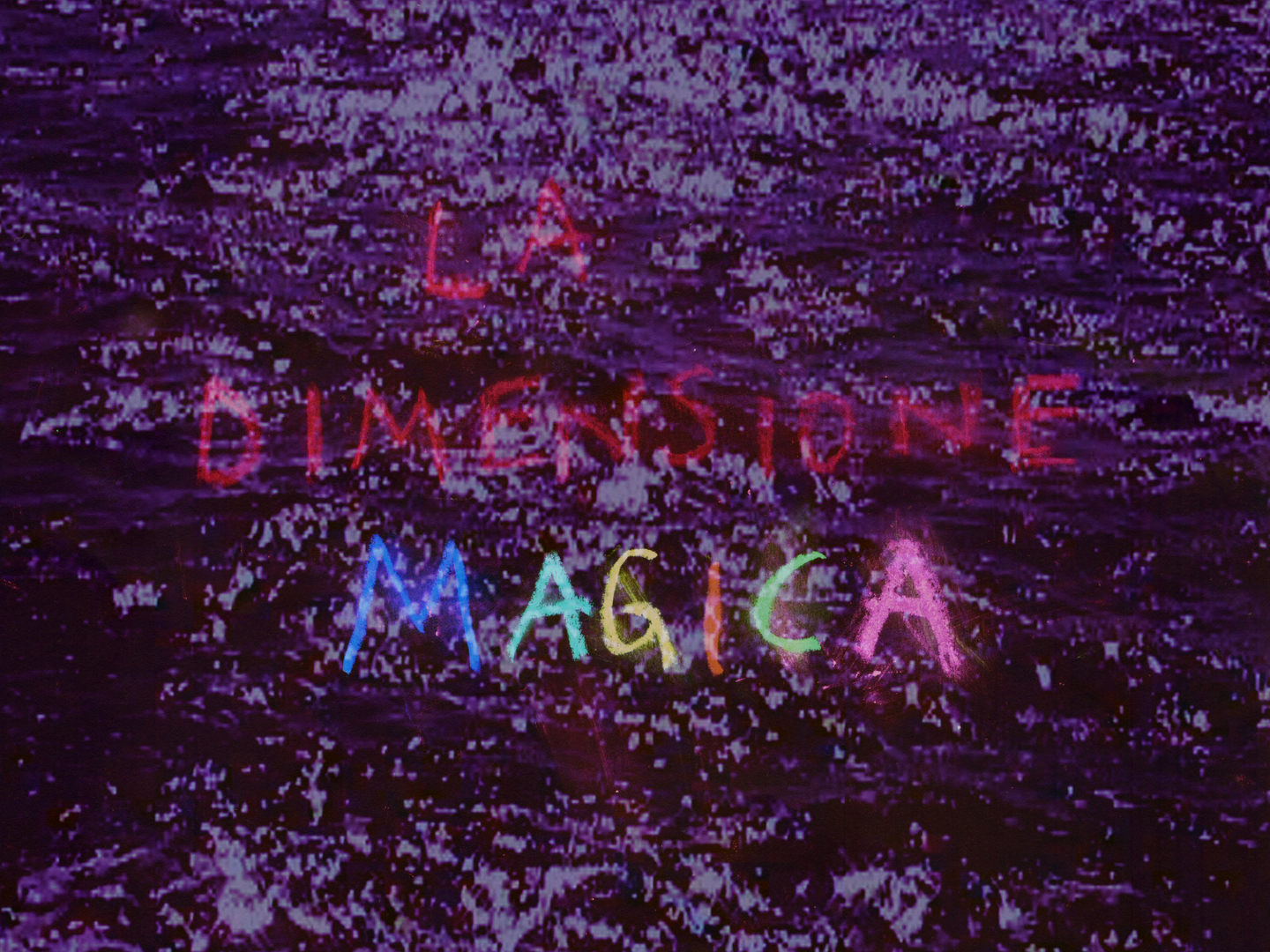 Art Visuals & Poetry Film has announced a Poetry Film Competition in German-speaking countries. The second of a total of three competition blocks is dedicated to the local poetry film scene, which shows itself experimentally and successfully. For example, the Berlin-based Austrian Gudrun Krebitz and the Viennese Alexander Gratzer have already received major prizes at renowned film festivals for their work shown here. 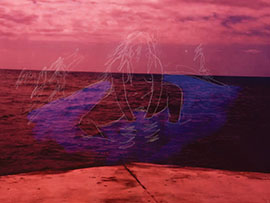 Gudrun Krebitz explores the delicate boundaries between reality and other dimensions in a dreamy, hazy way. Visually stunning and with a penetrating soundtrack, the film meanders through cemeteries, streets, spaces and canals in Berlin and Venice, while the voice-over muses on metaphysics. The mesmerizing result is, according to one critic, an "impressionist ramble through an ever-changing inner landscape. (Neil Young).
Prize-winning film German competition, Short Film Festival Hamburg 2019.

Gudrun Krebitz, born in Graz, Austria. Until 2015 Masters Degree in Animation Class at the "Royal College of Art" in London, UK. Previously Academy of Film and Television "Konrad Wolf" Potsdam-Babelsberg Department: Animation Graduation with diploma. Gudrun Krebitz herself writes her poetic texts in German and in English. Her hand-drawn films received numerous awards. In 2017 she won u.a. the main prize of the Art Visuals & Poetry Film Festival in Vienna. She lives as a freelance artist in Berlin . gudrunkrebitz.com 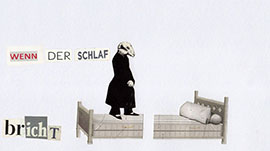 The cinematic translation of the poem "When sleep breaks" is
a game with shifts of meaning of word and image, which evoke both insomnia and dream images. Everyday objects and ordinary activities can become unsettling stories or lead to absurdity.

Claudia Bitter born in Upper Austria in 1965, studied Slavic studies and ethnology and works in Vienna as a writer, artist and librarian. So far, three prose and three illustrated lyrics have been published, various awards and scholarships.   www.claudiabitter.at
Elke Bitter born in 1974 in Linz, studied social work, lives in Vienna, where she works as a social worker, video artist and music creator. So far, music videos have been released for Austrian bands, as well as 2 music albums. http://www.elke-bitter.at 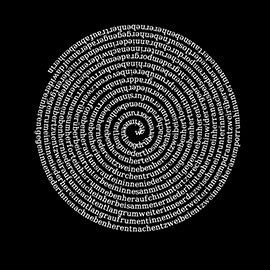 Jörg Piringer, born 1974. lives in Vienna. is member of the institute for transacoustic research and the vegetable orchestra. works in the gaps between language art, music, performance and poetic software. http://joerg.piringer.net 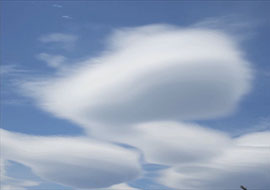 I dreamed: The sky in front of me and my face there, or me in front of it, did it exist outside of me or maybe just in my eye and in my face? I had lost all orientation and wondered if there was any connection at all: between the heavens and me... 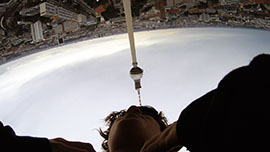 Longing. Trapped in the rut. The search for this one feeling. Be free for once. We have created sites that give the search a supposed end. The search becomes addiction. Can be addiction. For money. Become someone else. Be someone else. Feeling as if you had won the jackpot. Adrenalin. Flight. An existence with dazzling wings that carry us everywhere. To us. Back to the actual being. This insatiable desire for more. The longing for the ego. To be. 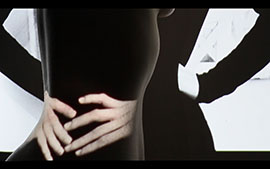 Shows short shots of an abstract representation of various features of the disease bulimia. These are accompanied by video sequences of various body projections,
which brings the emotional state of an affected person back to the starting point - their own body, the sensitivity of the skin and the bones.
Astrid Ebser, born 1989 in Bad Ischl, 2017 Master of the Arts in Digital Art at the University of Applied Arts in Vienna. Astrid Ebser's artistic interest lies in experimental filming & installations as well as painting. Among other things, the themes that the artist deals with are the transformation of the real view of things and the world into surreal phenomena and above all the great interest of the connection with art and neuroscience. The result is video animations, photo montages, objects and video installations. 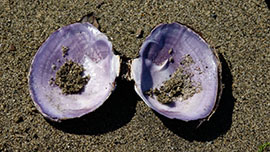 Protagonist" of the film is the Willet (Tringa Semipalmata), a bird species that flies in the winter in the south to mate there. The name change in "Schlammtreterin" (Willet-in) refers to the (exclusively) male naming of many (animal) species in which the female animal is not represented. 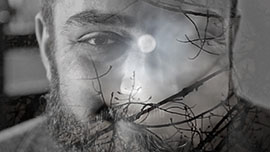 Film and photography interact in the film poem "Man in the Moon" in a symbolic play with words and music. A cinematic love poem that experiments with different media and forms of expression, relates them to each other and discusses the relationship between yin and yang, man and woman, man and moon.
Born in 1995 in Korneuburg, Katharina Wenty discovered her passion for writing at the age of eight and has been publishing regularly in anthologies and literary magazines since she was 15 years old. Eight years later, she began small amateur short film projects that allowed her to win prizes such as the Zeitimpuls Kurzfilmaward, the Media Literacy Award, and more. Since graduating from the "Multimedia" college at the Federal Department of Graphic Arts, Teaching and Research, the former poetry slam national studies theater, film and media studies at the University of Vienna and regularly appears as a poet in German-speaking countries already in Italy, Morocco, Hungary, Slovakia etc. 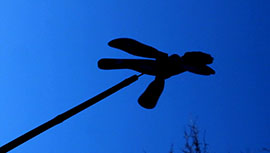 In the best aviation weather, "Boden" encircles the eponymous poem by Christine Huber. One shot: A wooden counter with a metal foot. Associations jump between pictures, sounds and words. In the ground and on the ground. Ground as the border between what is up and what could be underneath. What does that mean in the language of builders, landscape planners? Sealed ground, compacted soil; difficult to get through, for plants anyway - but see what's under it, is also a "suspect" - is there anything at all - and many, etc.
Grzegorz Kielawski, born 1981 in Wałbrzych. Studied at the Angelus Silesius University of Applied Sciences. Since 2005 in Vienna: Studies of German Studies at the University of Vienna, employee of the association ZZOO in the WUK, member of the GAV, employee of the association Exil and the Secession. As a filmmaker at WIDOK (with Alex Bayer) most recently won the jury award at Vienna International Shorts for "Nuit".

Christine Huber, born 1963 in Vienna, lives in Vienna. Poetry, visual poetry, experimental prose. Collaboration with authors, artists, composers and filmmakers. Numerous volumes of poetry. Librettos and works on music (among others for Christian Utz, Wolfgang Suppan, Beat Furrer), radio plays (inter alia with Alexander Stankovski); Foundation of the "School of Poetry in Vienna" (1991); Foundation of the edition ch (1989 and management of the same until 1992, continued, inter alia, by Günter Vallaster); 2005-2010 Management of the GAV (together with Gerhard Jaschke). Contributed to the Alte Schmiede / Wien (1993-2005 part of the series "TEXTVORSTELLUNGEN", since 2004 responsible for the series "DICHTFEST" (editing and moderation - 4 evenings a year with six poetry readings each). 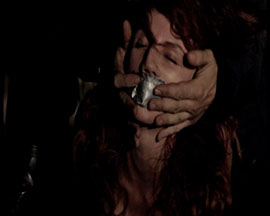 A film about adaptation, resistance and kosequences. 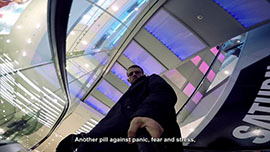 "Schene neie wöd" is a spoken-word project that clearly refers to the book of the same name by Aldous Huxley, but which refers more to current communication technologies. Karol Kensy has used a selfie-stick to show in a slightly overblown and humorous way, how far our society is already in isolation. An isolation that is characterized by virtual social networks. The selfie trend (to film or photograph oneself), which has spread in recent years in the media and has become a strong means of self-marketing, is the perfect metaphor for this social isolation.

Karol Kensy lives and works in Linz as a multimedia artist, mainly in the field of film and music with a focus on hip-hop culture (including all her debauchery). 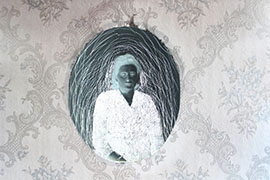 This film reveals a woman who grew up in war and destruction and was scared all her life. The small apartment, in which nothing was allowed to be changed, gave her security. Although her husband died long before her, her name never appeared on the bell, only his. Women like her give Rose Ausländer a voice. 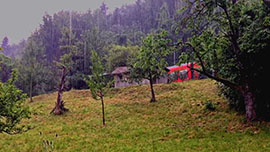 The film follows a movement that begins at a wound, and moves from adjustment to adjustment in bewilderment.

Isabel Walter, born and raised in Salzburg. Study of Speech Arts and
Philosophy in Vienna. Various readings in Vienna, Berlin and Leipzig. Essay and short prose publications in magazines, anthologies and ebooks. Currently in training as a psychotherapist.
Judith Lava, born in Klagenfurt, lives and works in Vienna. Since 2000 independent artist. Diploma at the Academy of Fine Arts Vienna, MS Michelangelo Pistoletto. Lava worked at videocompany.ch in the field of video art, as well as a long-time video collaborator with Pipilotti Rist. Her works include video and spatial installations, objects, modeling clay figures, animated films and photographic works. Various exhibitions in Germany and abroad. http://www.judithlava.com 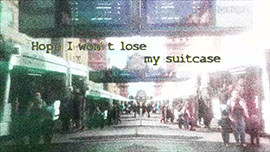 A departure between dream and reality.

Simon Chkheidze, residing in Innsbruck, was born in 1998 in Munich. In 2018 he earned his diploma: Electronic Music Producer, training at the Media Academy Innsbruck (Certified Music Producer). He is currently studying Comparative Literature at the Leopold-Franzens University Innsbruck. In addition, he attends piano and composition at the Music School Innsbruck. Aside from his passion for literature and music, he recently began to intensively deal with the field of film or independent, experimental film.
. 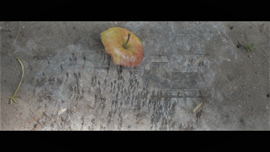 The Georgian filmmaker Giga (George) Chkheidze graduated in 1986 from the National Theater and Film School Tbilisi: Camera Department. At the same time he completed a music education in jazz and electronic music. 1986-1991 he worked as a cameraman in the Georgian State Film Studio "Gruzia Film". Since 1993 he has realized a number of independent film projects in Moscow, London, Berlin and Munich. His films have appeared at many renowned international film festivals (Rotterdam, Oberhausen, IDFA Amsterdam, New Directors / New Films NYC) and film programs such as MOMA (The Museum of Modern Art NY, The Film Society of Lincoln Center NY, Anthology Film Archives NY, INPUT San Sebastian), as well as on TV at ARTE, 3 sat, ZDF. International awards. George Chkheidz lives in Austria and Germany. http://giga965.wix.com/gigacinema

Sigrun Höllrigl studied German philology and philosophy in Vienna (Mag. Phil). She directs Art Visuals & Poetry and the festival since 2011 and works as a media artist, filmmaker, writer and event organizer. In 2015 and 2016 her two novels "Odysseus X" and "Das Lager" were published in edition Keiper, Graz. Between 2012 and 2019, many poetry films were mostly based on her own poems, which were screened at Film Festivals internaitionally. Sigrun Höllrigl is an Area Coordinator for Photography, Film & Audio at Künstlerhaus Wien. She lives in Vienna and Lower Austria. . http://sigrunhoellrigl.net 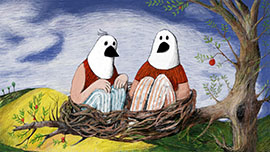 Apfelmus offers special insights into the
vibrating life on land, especially an answer to one question.
This could not be more explosive: How to ideally prepare
Applesauce?
Best Eastern. Short film under 10 min. VIS 2019.