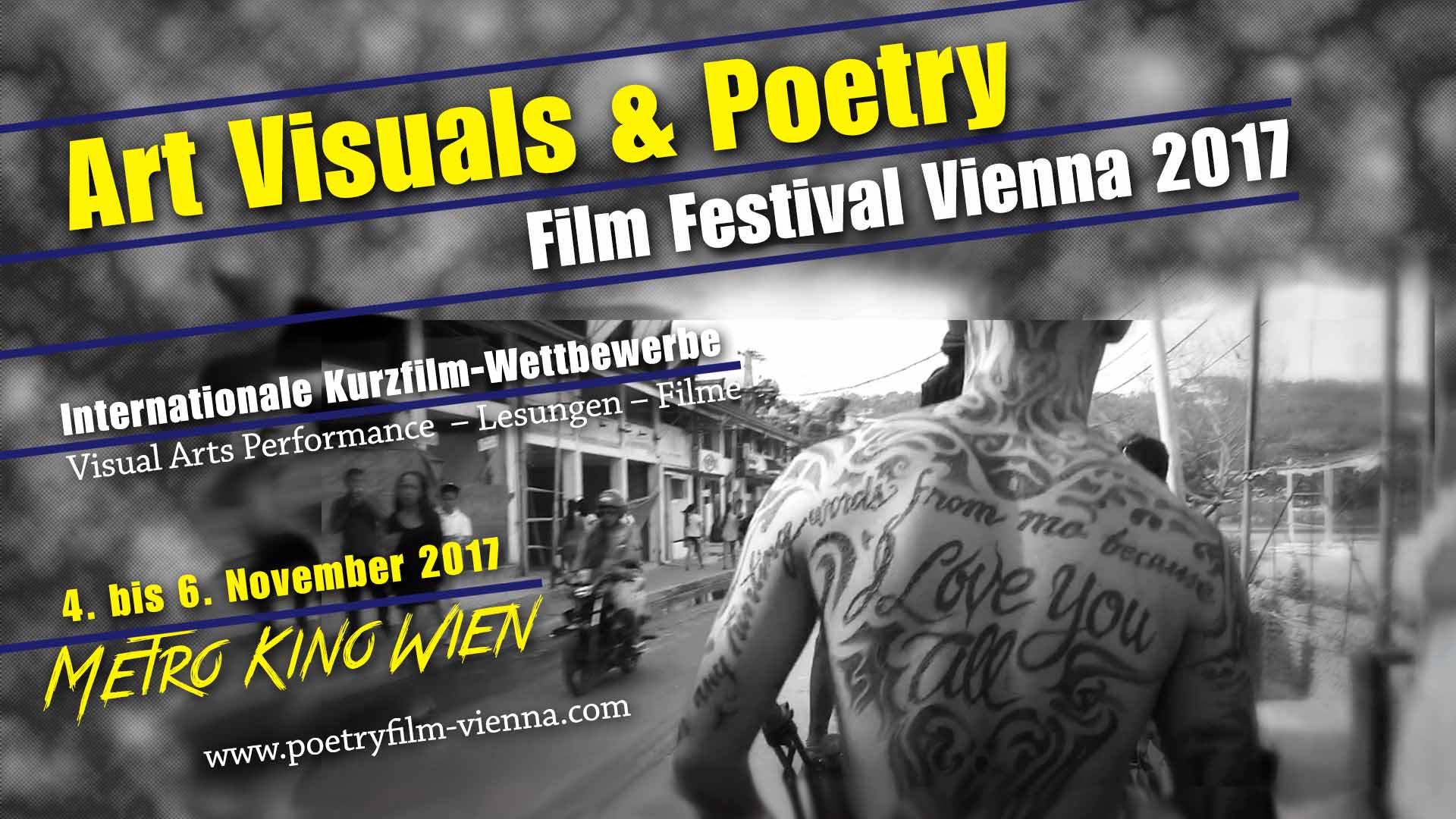 Its important to say, that the urated films have not only been presented at the Vienna Poetry Film Festival. There were and are various additional film screenings planned. We call them On Tour events. These poetry film screenings are based on co-operation with different art organisators in Austria and abroad.

Overall the submitted films show 2017 many different styles, which is typical for short film competitions. In poetry film it is even more important to curate consistant screening programs, because these films often touch the borders of perceptions.

We had to take care, that the selected films would not block each other by enlarging these boundaries. Hubert Sielecki and me tried our best to create an outstanding and moving festival program.

Again a warm thank for to all participants and visitors! We had a lot of fun coming together in Vienna 2017!

Dear all! Save the dates! We will start a few days earlier: New festival dates are November 4-6, 2017!