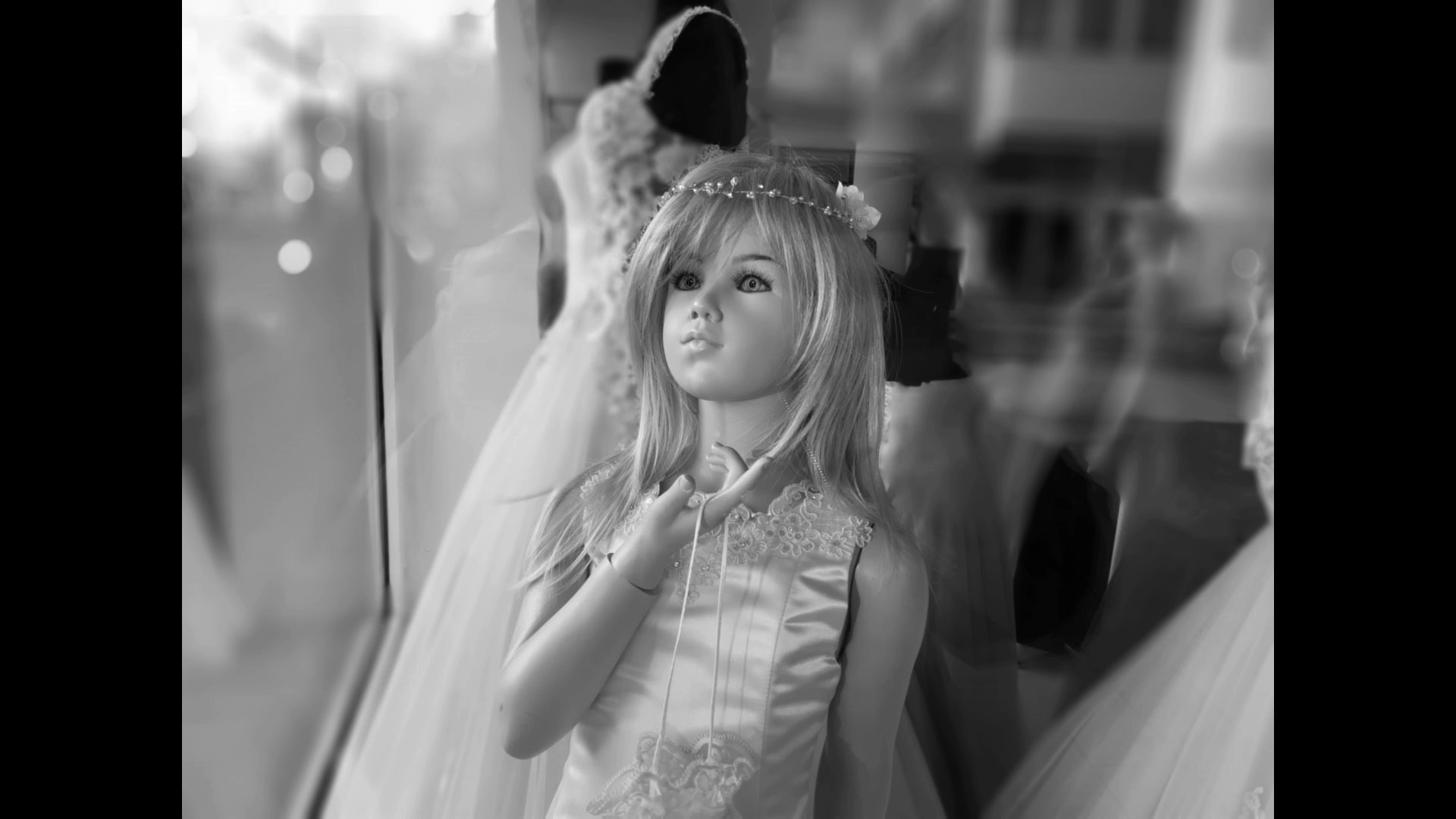 The Art Visuals & Poetry Film Festival has launched a poetry film competition in German-speaking countries. The third block of the main competition is dedicated to Germany. Then the award ceremony follows. Four prizes will be awarded: the main prize, the Special Award for the best poetry adaptation, the local Hubert Sielecki Prize and the International Audience Award. All winning films will be shown again during the award ceremony. 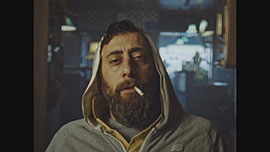 A girl reflects on the background of her father's alcoholism, while narrated past, present and future interlock into a single timeline.

Rain Kencana born in 1974 in Jakarta, Indonesia. At the age of 5, she moved to Berlin with her mother and studied digital production at the Film University HFF. Since then she has finished producing dozens of music videos. In 2006, she released her first feature documentary on dance titled "Full Of Fire". 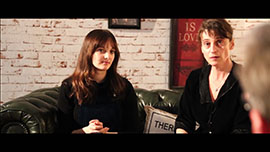 Daydreaming, desiring, planning, remembering ... most of the day we spend not in the present, but somewhere between the future and the past. "If Two Quarrel" is the filming of a wonderful slam poem on exactly this topic, written by the slam poet Filomena Franke and filmed with mother and daughter Kirsten and Nina Benekam in the lead roles.

Sabrina Kollmann from the beautiful Chiemgau finds, language is the door to the world - and used properly, it can also be great cinema. In addition to Italian and English, the foreign language correspondent also loves the German language - especially in such polished form as in slam poetry. She is currently doing an internship at a marketing agency and is dreaming of a long future in the film industry. This is her first short feature film. 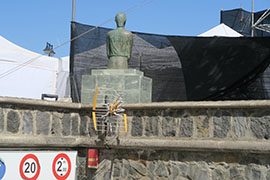 A Lyrical I observes busts of poets in a park and imagines how beautiful it would be to have written all his poems as an author and to have been canonized, in order to be able to stand around as a fountain figure in a subtropical park contemplative and idle.

Thomas Glatz, born 1970 studied social work in Landshut and Bamberg, as well as fine arts at the art academies in Munich and Helsinki. He works as an artist in various fields such as radio play, picture joke, conceptual art, poetry and literature. Thomas Glatz is the director of the "Archive for Use and User Texts" and organizes the literary event "Salzstangensalon" in Munich with Andreas Heckmann and Anna Serafin. Many of his books have been published by Black Ink. He lives in Munich . www.thomas-glatz.de 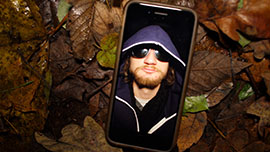 "You follow the tire tracks, hear voices, are you sure you're okay? A wild hollyhock asks." The spirit of spring runs through the woods. Will she find who she is looking for? "A wild cruise on a winter's night, based on a poem by the Ukrainian poet and cultural activist Grigory Semenchuk.

Grigory Semenchuk (1991) is a Ukrainian poet, musician and cultural activist. In Lviv (West Ukraine), where he lives, he has directed several international literature festivals. The albums of his band duo DRUMTYATR with the writer Yurko Izdryk and his hip-hop solo project BRAT are highly praised in Ukraine. Semenchuk is the author of two volumes of poetry, some of his poems have been translated into numerous languages, in German-speaking countries they are published on www.lyrikline.org and in the Yearbook of Lyrics 2017 (Schöffling-Verlag). Since 2015, he has been working with the German writer Ulrike Almut Sandig under the name LANDSCHAFT, which in addition to literary concerts also develops poetry film clips to discover the contact points between poetry and poetry, music clips and poetry film.

Katia Sophia Ditzler, * 1992, studied Literary Writing, Music, Ethnology and Shadowpuppet Theater in Leipzig, Kiev, Moscow, Berlin and Yogyakarta. Published in magazines and anthologies, as well as works for radio. Her video works have been shown at various festivals. Active at the interface of literature, music, video and performance. After an internship at the Virtual Reality Cinema and a residence at the Theater Research Institute, both Melbourne, she now lives and works in Berlin. 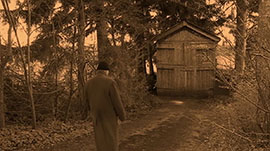 A man goes through the text of the poem on the basis of moving images.

Eric Gand, born in Munich in 1945. Lives in Schwifting near Landsberg. Since 1977 photo collages and photos. From 1987 pictures, sculptures and installations for the first time also the filmic work Gands with a video for the poem "not far" by Rodja Weigand, which won first prize in the Poetry Competition "Goethe goes Video" in Munich in 2012. Several cinematic works followed. 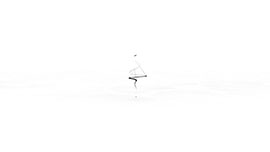 An old memory, in search of tranquility, sails through the landscape of its forms: all the shapes it has received in recent years, folded into waves, spoons, ropes or flags.

Bruno Quast, born 1994 in Heidelberg, studied classical piano and media art in Italy. Nowadays he is based in Tallinn, Estonia, to take part in a masters course under Priit Pärn in animation. He deals with 3D animation, sound recordings and sound design. 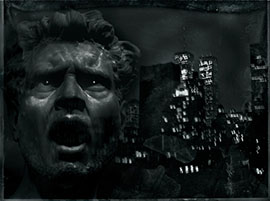 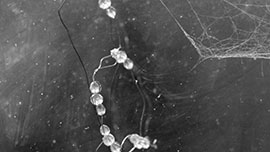 The animation transforms the moods of two poems by Nadja Küchenmeister ("I am light" and "Rauperich"). In the text mental images are created, inner monologues correspond with concrete stills of the outside world, contrasts are described, questions are asked. Associatively, the single-image animation consisting of photographs tries to capture the confused world of feeling in its black-and-white aesthetics without illustrating it.

Inka Perl, Video, object and concept artist, born. 1974 in Leipzig, graduated in 2002 in media art at the Leipzig Academy of Visual Arts. She lives and works in Leipzig. Her work is characterized by the two- and three-dimensional engagement with the object and its implementation in moving images and installations in the context of a historical and / or intellectual background. The animation "dagewesenes" was created for poems by Nadja Küchenmeister at the Leipzig Book Fair 2019 as part of the German-Czech poetry workshop "VERSschmuggel". 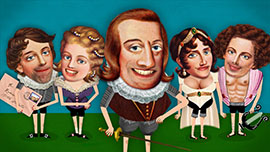 Three love stories of world literature as short rhymed animated films, located between shrewd, witty and Wikipedia. Here, the classic education is made quickly and refreshed with a great dose of humor ... in some cases maybe even justified.

Carolin Schattenkirchner was the best of the class by the 5th grade, shortly thereafter bassist of the punk and hardcore band 'Sharon Tates Children', Stuttgart's hostess of the 'Casino' for 7 years, wandered through the Himalaya mountains with her double bass for 6 weeks and now lives as Cartoonist in Tübingen . https://www.trickfilmklassiker.com/ 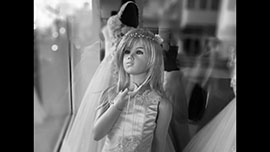 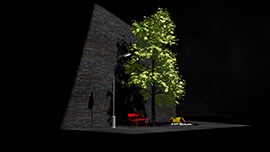 The film is based on a poem by Robert Lax, one of the most important representatives of minimal poetry and visualizes the typical vertical typeface. The camera orbits in meditative imagery of a very ordinary moment in the city, it could be the waiting for the next bus. Moments that we barely notice, as we bridge this time automatically by looking at our smartphone.

Susanne Wiegner studied architecture and interior design at the Academy of Fine Arts in Munich and at the Pratt Institute in New York. In addition to projects in real space, she has been creating 3D animations for several years that combine literature and virtual space. Her works are shown in group exhibitions and at international festivals. She works and lives in Munich. www.susannewiegner.de 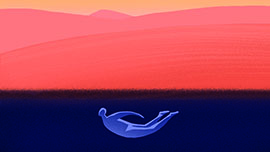 Nissmah Roshdy is a 2D entertainer based in Cairo. With a BA in Media Design, she has worked in both advertising and educational media. Nissmah is often inspired. Based on poetry she has directed and produced several poetry films. Her debut film "The Dice Player" participated in several film festivals and received several awards.

Mario Osterland, born 1986 in Mühlhausen / Thuringia, lives in Erfurt. He studied German, Comparative and Art History at the University of Leipzig. He curates the independent reading series "In Good Neighborhood" (Jena / Weimar / Erfurt) and is the presenter of the literary program "Bluebeard & Ginster" on Radio OKJ. Recently appeared: native species. (parasite press, Cologne 2017).