The festival takes place in Münster as well as the surrounding area.

From 2020 on, LITFILMS is the first festival in Germany that addresses itself explicitly to the various adaptations of literary texts.

The relationships between all the different literary genres and the medium film are as diverse and persistent as film itself. Literary texts have always provided the basis especially for narrative films but for more experimental forms as well. LITFILMS does not only encourage but also demand discussion about the requirements and opportunities for literature films and offers a platform especially for artistically ambitious formats. The first edition of LITFILMS takes place from September 16th to October 11th 2020 in Münster as well as in the surrounding area and includes especially well-established literary places. The program itself will be a hybrid of workshop and festival. It is open not only to ambitious films and texts in dialogue but also meant to encourage further curatorial and artistic exploration of the field. LITFILMS discusses the interface between literature and film and “intermediate spaces” is the festival’s guiding theme in its first year. On the one hand, they refer to intermediality and media change within the process of cinematically adapting literary texts. On the other hand, they refer to an almost transcendent area: Two different kinds of art merge into a third, lines blur, and intermediate spaces become visible. Furthermore, a three-month residency is part of the festival program. The residency offers young writers and filmmakers time, space and a budget to work collaboratively with each other, explore the area, and discuss topics like urban vs. rural life, internal limits, regional and European identity formation etc. The artists selected will also curate part of the festival program. Thus, the festival will continue to evolve dynamically. The program including film screenings, readings, workshops, discussions and performances. 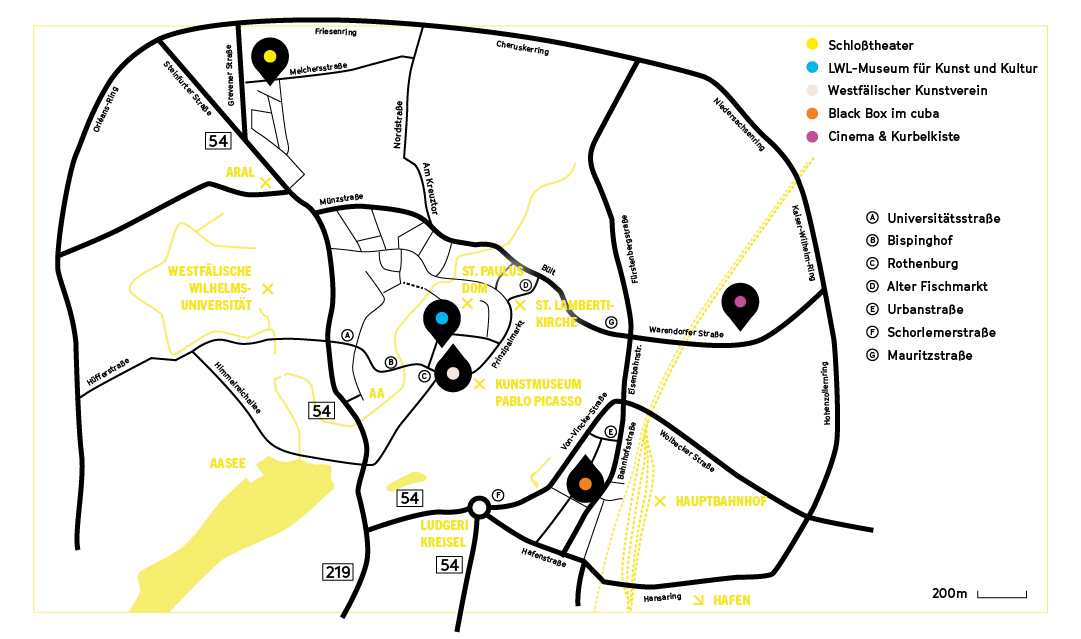